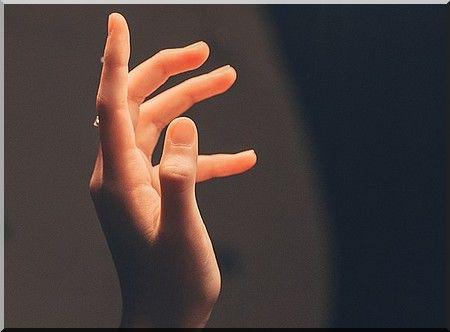 Wart is a very common problem.

We are all predisposed to suffer from this condition and not know how to get rid of it.

So we’ll see here where the wart comes from and how to treat it medically and naturally.

What is a wart?

Warts are epidermal tumors caused by a virus, specifically the HPV virus, the human papillomavirus, which infects the skin.

There are hundreds of strains of this virus, but most do not cause any health problems.

Most common warts tend to go away without treatment within about two years.

The different types of warts

There are five categories of warts:

Of course, waiting two years for it to disappear can seem a bit long, especially if it’s misplaced or unsightly.

Let’s see what medical treatments can be applied to solve the problem.

Cryotherapy practiced by a specialist is the application of liquid nitrogen intended to destroy the wart at an extremely cold temperature (-196 °C).

This method can be successful if the wart is not too large.

It should be noted that it is painful and does not guarantee a definitive result, causing multiple sessions if the wart is deep.

It can also damage healthy tissue.

In this case, the doctor uses a carbon dioxide laser to destroy the wart.

This method is very effective but tends to leave a scar.

It is therefore preferred for the treatment of plantar warts. 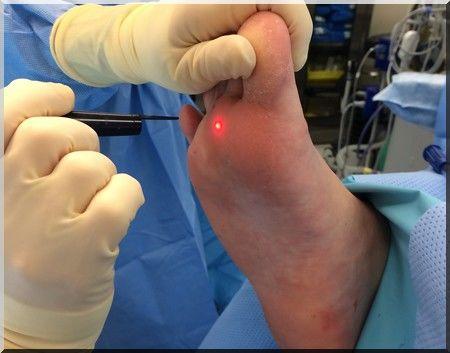 Performed under local anesthesia, consists of manually removing the wart by scraping.

This method is for large warts and cannot be applied in certain areas of the body.

It is also painful after surgery and leaves a scar in its location.

This new treatment involves brushing the wart with a photosensitizing substance before exposing it to light.

Widely used in skin oncology, photodynamic therapy seems to show a positive effect in the treatment of recalcitrant warts.

* Note that all of these techniques only deal with the consequence and not the cause. Warts being generated by a viral attack are therefore likely to recur sooner or later.

Its role is to gradually strip the surface layers of the skin to finally eliminate the growth while stimulating the immune system.

It can be interesting to make it regress but there too, the danger is touching healthy tissue and damaging the skin.

Cryotherapy treatments (in the form of application pen (#ad) can be found in pharmacies to freeze the heart of the wart.

These products can help treat common warts but it must be said that they often reach their limit in comparison to the liquid nitrogen of professionals of health.

Against wart, all means are good!

Some natural remedies may seem crazy, but they are often effective.

Don’t stop at the absurd, you might be very amazed at the results.

Instead of throwing yourself at the chemicals, maybe it is smart to try occlusion.

Applying a preferably dark adhesive cut to the size of the wart and wearing it continuously for 6 days will suffocate it.

On the seventh day, remove the adhesive, soak the wart in lukewarm water, and then scrape it with a pumice stone.

Apply new adhesive day and night then repeat in the morning.

And so on until complete disappearance (usually a month)

Strangely, this method has been studied and has shown superior results to cryotherapy at home and equal to salicylic acid!

Absurd again but not that much.

Bananas contain a lot of potassium and this substance will help to gradually burn off the wart without damaging healthy skin and without leaving scars.

To treat, you need to peel the banana, collect the skin to use the inner part, and place it on the wart.

Keep that banana peel as a bandage overnight.

It is recommended to choose a barely ripe banana or better still green to benefit from its virtues.

Also known as warts grass, this little spring plant with yellow flowers that can be found everywhere in abandoned areas is formidably efficient.

It has a pickling action due to a very irritating juice that follows the same process as salicylic acid.

If you find any at the bottom of your garden, you just need to break a branch of the plant to collect the juice and apply it to the wart 2 to 3 times a day until its disappearance.

You can also use the celandine extract (#ad) to simplify the treatment.

Before applying this paste to the wart, scrape it a little with a pumice stone to remove the dead skin.

Once applied, this solution will directly attack the virus.
The baking soda will modify the pH and thus prevent the proliferation of the virus while the castor oil will suffocate the wart.

In a few days, the infection is stopped, the growth decreases and the skin begins to heal.

Eventually, the wart falls off without any pain.

The key to fighting warts and preventing recurrence is to strengthen your immune system to counter viral attacks.

It is not that easy to improve your immunity, but some supplements can improve it greatly.

Here are the most effective:

Natural vitamin D (#ad) is an essential nutrient for the immune system.

It increases the protective effect of macrophages and monocytes, the white blood cells which are an essential part of immunity.

It also decreases inflammation by strengthening the immune response.

Consider supplementation between 1000 and 4000IU per day.

Zinc is a mineral found in many supplements to boost immunity.

It is essential for the immune system.

It is involved in the development and communication of cells and plays a crucial role in the inflammatory response.

The recommended daily allowance is 11mg for men and pregnant women, 8mg for women.

Of course, vitamin C is the most famous supplement when it comes to immunity.

It supports the function of many cells and increases their effectiveness in preventing infections.

It also plays a key role in cell renewal.

Vitamin C is also a powerful antioxidant, effectively protecting against damage caused by oxidative stress, the build-up of free radicals.

A minimum of 110mg per day is recommended.

Curcumin is the active component of turmeric.

It has very interesting anti-inflammatory properties and helps strengthen the immune system.

The recommended daily dosage is 600 to 1200mg in three doses.

Since the wart is a viral attack, remember that there is a risk of contagion through surfaces or by direct contact with the skin.

It is even more when wet or bleeding.

How to control wart

Typically, the wart is benign. However, there are cases where surveillance must be applied so as not to miss a more serious concern.

We will closely follow the evolution of the soft wart which tends to be yellow or brown and which can turn into a malignant tumor.

These are the symptoms to note:

Other than these direct modifications, it is not recommended to attempt to treat a wart on the face or genitals yourself.

Take a medical opinion and opt instead for the follow-up of a dermatologist.

How to get rid of wart?

They can be treated medically or even surgically depending on their size and depth.

They can also be treated at home with chemicals or even naturally.

Most likely to be found in a somewhat weakened immune system which allows common infections to pass.

It is therefore desirable to act on both fronts, the outgrowth itself and the immunity, to get rid of it permanently.

How to remove ganglion cyst?

This article contains affiliate links echoing my recommendations.
I use Amazon’s Partner Program, an affiliate program designed to pay commissions through amazon.com links
This process does not affect my opinions in any way but each purchase helps this blog to live – Marie

This blog is copyright ©2023 by gomedica.org. All rights reserved