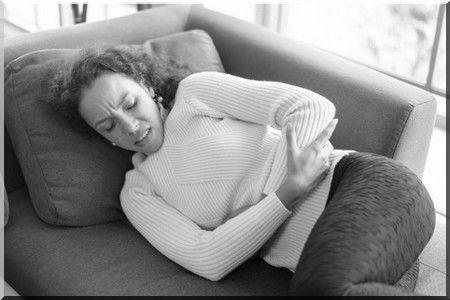 Have you ever felt pain in the center of the abdomen, in the plexus area?

This is often a strange cramp-like sensation, sometimes even a painful feeling of hunger.

It occurs two to three hours after a meal and is very present at night.

And what about the anxious feeling and insomnia it can cause?

You are surely suffering from a stomach ulcer and here you will find all the ways to treat this condition to make this nagging pain disappear.

A peptic ulcer is a pain that appears in the lower wall of the esophagus coming from different places in the stomach or small intestine.

There are three types of ulcers, located in various areas:

The ground food then passes through the duodenum to be digested and absorbed into the bloodstream.

To protect organs from the corrosive effects of acid, a layer of mucus lines the walls of the stomach and duodenum.

As the protective mucus breaks down, stomach acid leaks into the walls and causes an ulcer.

Most peptic ulcers are caused by the Helicobacter Pylori or H Pylori bacteria.

Researchers believe that this bacteria enters the body through contaminated food, water, or contact with an infected person.

Once in the body, it lodges in the mucus layer of the stomach or duodenum.

The more it grows, the more it damages the mucus, leaving stomach acid to attack the walls of the stomach and duodenum.

Bacteria and gastric acidity together cause an ulcer.

Some ulcers are linked to excessive use of nonsteroidal anti-inflammatory drugs such as aspirin and ibuprofen.

These drugs reduce the ability of the stomach and duodenum to protect themselves from acidic effects.

Certain lifestyle parameters can lead to the development of an ulcer.

Note that eating spicy foods does not cause ulcers but aggravates the experienced symptoms.

Signs of stomach ulcers are: 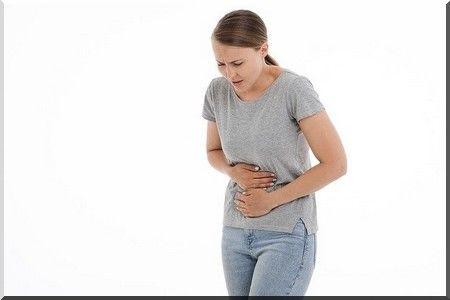 Your physician will first perform a physical examination looking for bloating and abdominal pain.

To confirm the diagnosis, he prescribes an endoscopy.

It is a long tube with a camera that is introduced through the throat to explore the stomach and the small intestine.

If an ulcer is detected, a small swab is taken for laboratory examination.

A barium transit, an X-ray performed after ingestion of a contrast product, can also be performed to explore with precision.

Your physician may also recommend a stool or blood test to determine if you are infected with Helicobacter pylori bacteria.

Your doctor may prescribe certain medications if your ulcer is linked to H pylori bacteria.

First, it will offer you an antibiotic to destroy it.

If your ulcer is due to the use of anti-inflammatories, he will recommend that you stop or drastically limit them.

For a gastric ulcer, he will recommend a proton pump inhibitor or PPI to decrease acid production in the stomach.

For a peptic ulcer, he will prescribe an H2 antihistamine or H2 blocker to reduce acid secretions in the stomach.

Beyond these drugs that specifically target the cause, your doctor can also prescribe substances that help cover and protect the walls of the stomach and duodenum until the ulcer is healed.

These substances are sucralfate, misoprostol, and bismuth salicylate.

There are, however, many antacids available to protect the stomach from erosion caused by acidity. 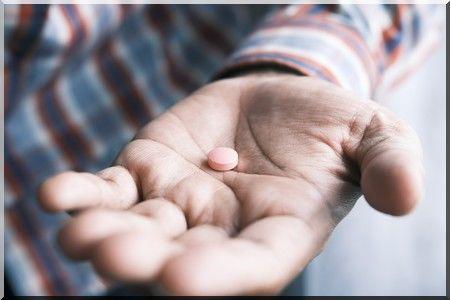 The treatment for the ulcer can go as far as surgery if it does not resolve with medication or if it disappears under the effect of treatment but later reappears.

You may also need surgery if the ulcer bleeds or perforates the walls of the stomach or duodenum.

Surgery is also required if the ulcer blocks food.

Three types of surgeries are offered:

The brain uses the vagus nerve to direct the production of acidity.

By obstructing the course of this nerve by suppressing a portion, the stomach reduces secretion.

The surgeon removes what is called the antrem, the lower part of the stomach, which has the role of indicating to the stomach when it needs to produce acidity.

Once removed, the stomach is unable to secrete as much acidity.

The surgeon widens the pylorus, the opening between the stomach and the duodenum, to allow food to pass through normally.

Stomach ulcers what to eat?

You can begin to relieve your pain by eating certain foods that are very beneficial to counter stomach ulcers.

Consider adding a few blueberries for dessert each day.

Bilberry is rich in antioxidants, nutrients that boost the immune system and help the body fight off viruses and bacteria.

It is very suitable for relieving ulcer pain and accelerating its healing. 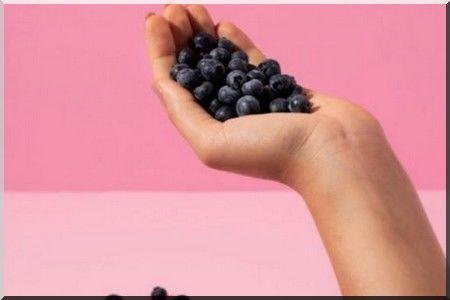 Yogurt is an excellent source of probiotics that protect the intestines by destroying bad bacteria.

Many beneficial bacteria colonize the stomach and since yogurt also contains them, protection against infections is reinforced.

It holds, for example, a beneficial bacteria called BB12 which secretes a bactericidal protein that neutralizes bad bacteria while reducing their development.

This potato is rich in vitamin A and this nutrient treats stomach ulcers while ensuring its prevention.

It increases the production of gastrointestinal mucus, which is essential because an imbalance in its production leads to the formation of an ulcer.

All foods with a lot of vitamin A such as spinach, carrots, broccoli, green cabbage, or melon are very suitable.

Note that vitamin A is particularly effective against duodenal ulcers.

Almonds are rich in B vitamins, protein, and calcium, nutrients that significantly reduce ulcer symptoms and help its healing.

Cranberry can treat a stomach ulcer because it is rich in flavonoids which directly attack the development of the bacteria H. Pylori and aids wound healing.

Favor foods rich in flavonoids in your diet such as celery, onions, garlic, or green tea.

All high fiber foods such as apple, pear, oatmeal are very beneficial in case of ulcers because they decrease the acidity level of the stomach while fighting against bloating and pain.

Honey is a miracle for the stomach.

With natural antibacterial and antiviral properties, it can destroy Helicobacter Pylori bacteria, soothe irritated mucous membranes of the esophagus and intestines and reduce pain. 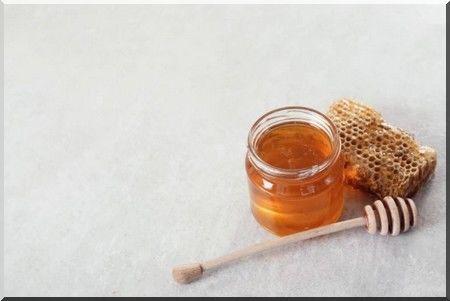 It also helps to destroy bad intestinal bacteria and is very effective for urinary problems.

You can get some relief and a marked improvement in your condition by introducing a few natural remedies and supplements into your daily life.

Probiotics are beneficial bacteria that provide necessary microorganisms to the digestive system.

They are found in certain foods, especially those that are fermented such as yogurt, kefir, sauerkraut, miso, kimchi.

They also exist as probiotics and prebiotics supplements (#ad).

Research shows that probiotics are effective in eradicating Helicobacter pylori bacteria and the patient recovers more easily than with antibiotic treatment.

Yes, the name is unpronounceable but this whole licorice extract is invaluable in healing an ulcer.

It prevents the development of H. pylori bacteria and is easily found in supplement form (#ad).

You will experience fast heartburn relief and long-term benefits but do not consume more than 50 grams per day.

Honey is a very effective natural remedy for ulcers and heartburn.

Depending on the plants it is made from, it can contain up to 200 elements such as polyphenols and many antioxidants.

It is also a very powerful antibacterial that limits the development of H. Pylori bacteria.

If you don’t have a blood sugar problem, you can use it as a sweetener.

It will act at the same time to solve your stomach ulcer concern.

Note that in the treatment of this condition, manuka honey (#ad) shows superior efficacy.

Well known for healing urinary tract infections by preventing bacteria from adhering to the walls of the bladder and kidneys, cranberry also shows some effectiveness to stop the development of H. Pylori bacteria.

If you want to introduce it into your natural ulcer treatment, you can of course consume them in juice but a cranberry supplement (#ad) is much more effective.

If you don’t like its taste and smell, you can get an odorless garlic supplement (#ad) to benefit from its virtues without its disadvantages.

Note that it is advisable to consult a physician before any supplementation due to its anticoagulant effects.

How long does it take for a stomach ulcer to heal?

It’s not that easy to treat a stomach ulcer.

There is no specific time limit and recurrences after treatment are frequent.

Each individual’s reaction to medication is also very different, which is why it is impossible to define a healing time.

It’s a long way to go but changing your diet by selecting beneficial foods and adding some targeted supplements can help you overcome this condition.

Try to be proactive and take action both to treat the ulcer and to prevent its recurrence.

This will save you time… and comfort.