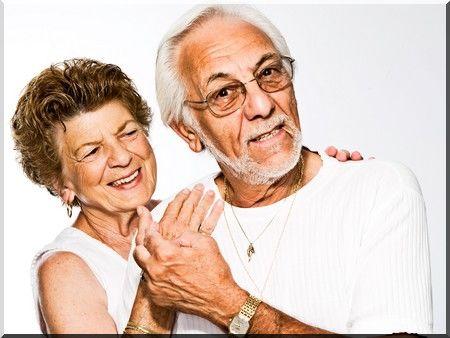 People want to live longer, but they don’t want to grow old.

How to reverse this so-called inevitable process?

Perhaps it is possible to stop the wear and the weight of the years by simple means?

But will it be able to reverse it?

The perception of age

How old do you want to live?

That’s not a very fair question because most people don’t have the elements to set the proper context.

First, we all think we should accept an age limit based on longevity.

But we don’t take into account the statistics that show that most old people are sick.

In our minds, we accept being old but not being weak.

If instead of looking like a wrinkled, sluggish 90-year-old, we could block out our 40-year-old face, everything would be very different.

We would be happy to live these 90 years when we had only planned 80!

The perception of old age is to imagine it the same as your mental and physical state today applied to the future.

You would then be fine with living past a hundred years without any apprehension. 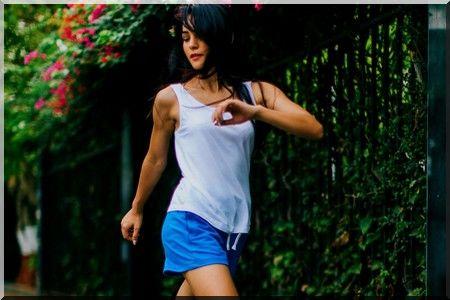 Aging and its consequences

Most research on aging treats this subject as a disease because it affects every human being.

As a result, aging is systematically linked to diseases such as osteoarthritis, high blood pressure, diabetes, cancer, and dementia.

But if we except these parameters to define the process of aging without its side effects, it is an alteration of health, a slowdown in functions.

Aging results in the malfunction of 9 functions:

All of these functions progress differently over the years but are united to result in aging.

But their common point highlighted by researchers is the lack of information.

There are two sources of genetic information:

During youth, all these processes work normally, each cell has its own identity because proteins are produced correctly.

When we get older, everything deteriorates appears a loss of identity due to lack of communication and a certain confusion of functions that no longer know very well how to manage normal organic functioning. 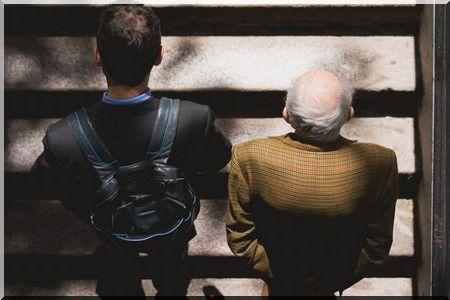 How to slow down aging?

Researchers have determined that despite the damage caused by the years, all the information necessary for the optimal functioning of the organism is retained in memory.

The avenue for the future is to remove the methyl group on cytosines from DNA (methylation) to go back every 10 years or even modify the stem cells so that they return to their initial state.

But we’re not there yet.

How to slow down aging to maintain the same quality of life, and the same state of health while living longer?

You surely know that there is good stress and bad stress and this factor has a strong effect on aging.

Researchers have shown that intense short-term stress is adapted to humans.

It is part of his identity because man is made for the challenge and his organism is ready to face it without flinching.

This stress is beneficial for hormonal balance, and overall health.

Chronic stress is unfortunately what humans are most exposed to.

It has no benefit for his organism, it slowly kills him.

Pushing the organic functions to their limits by accelerated breathing and heart rate over a very short period regularly helps to keep your youth.

Like a high-intensity workout, intermittent fasting activates genes through NAD (nicotinamide adenine dinucleotide), which is the fuel for sirtuins, the enzymes in charge of cellular metabolism.

Note that increasing the NAD rate is essential because it declines from the age of 50 and is a major factor in aging.

What is the best anti-aging supplement?

The vitamin is thought to be only useful for bone health but the more it is studied the more they realize its major impact on the organism.

For example, a substantial study based on the follow-up of more than 10,000 individuals for 9 years has shown that an insufficient level of vitamin D is the cause of heart disease, myocardial infarction, and premature death.

It is possible to absorb the active form of vitamin D through food but its production is mainly through the skin and exposure to UV rays from the sun.

If you fear sun exposure because its rays can cause oxidative damage, you can opt for a vitamin D3 supplement (#ad).

The recommended dosage is between 2000 and 4000IU daily to achieve a blood level of approximately 30ng/mL, with a maximum of 70ng/mL.

It’s important not to go overboard as some research suggests that too much is just as harmful as too little.

Here too, it is possible to benefit from vitamin K2 through food but without ever obtaining the necessary quantity for an anti-aging effect.

Vitamin K2 is essential for the functioning of the Matrix Gla protein (MGP) which is anti-calcifying.

It is therefore essential to avoid the formation of calcium in the arteries but also to improve coagulation.

The best way to fight calcium and its perverse effects is to consume vitamin K2.

It can be found in different forms, but vitamin K2-MK7 (#ad) is proven to be the most active.

The recommended dosage is 100mcg per day.

Within our cells, there is a coenzyme called NAD (nicotinamide adenine dinucleotide) which is essential for many biological reactions.

It plays a vital role in metabolism, aging, cell death, it repairs DNA and acts on genes.

The older we get, the lower the NAD rate.

But since NAD is a fairly large molecule, we have trouble absorbing it.

So you have to take a precursor to be absorbed and converted to NAD.

Mouse trials have shown remarkable results for this precursor, nicotinamide mononucleotide, which is a form of vitamin B3.

However, it is recommended to prefer nicotinamide riboside chloride (#ad) to increase NAD levels as human trials have shown to be safe.

Metformin and Berberine are both activators of AMPK, an enzyme that plays a crucial role in energy metabolism and therefore longevity.

Metformin has been used to treat type 2 diabetes for over 60 years.

In the early 2000s, studies were conducted that determined that Metformin prolonged good health and therefore life in the tested mice.

Observational studies have even concluded that diabetic individuals treated with Metformin live longer than individuals without diabetes.

The problem is that this is a medicine and a prescription is needed.

So you can get Berberine which also activates AMPK.

It is important not to take Berberine after physical activity because the activation of AMPK is one of the benefits of sport.

You may consider a Berberine supplementation (#ad), 500mg two to three times a week.

Antioxidants are always put forward to preserve health but studies do not seem to show a very significant impact.

It thus appears that taking antioxidants that directly counter oxidants is not a winning strategy.

The solution is to activate our defenses against oxidants.

So we need to find an indirect antioxidant.

The nrf2 gene is generally described as being the activator of cellular defenses, the initiator of the oxidation-reduction reaction, and the guarantor of longevity.

Thus, by activating this gene, a chain reaction ensues and acts through antioxidant effects.

One ​​of the main nrf2 activators is sulforaphane, the active ingredient in broccoli, a natural substance well known for its antioxidant and anti-inflammatory action, and its role in cell protection.

However, this molecule is unstable.

If we take a supplement, it is very likely to degrade before being assimilated.

We must therefore look for precursors to sulforaphane and in particular glucoraphanin which is also an active substance of crucifers or myrosinase (#ad) which is an enzyme ensuring the defenses of these same crucifers.

Of course, we also benefit from their virtues by consuming broccoli.

Hyaluronic acid is a major component of anything extra-cellular.

So it helps bind our cells together and some studies show that hyaluronic acid supplementation (#ad) has a very beneficial effect on pain.

Its role is crucial in supporting cartilage.

Some trials also determine that it may have a preventative role against cancer.

The recommended dosage is 200mg per day in two doses.

When we talk about melatonin, we think of sleep.

It is often confined to its role as a sleep hormone and is produced by the pineal gland.

Unfortunately, as we age, the pineal gland calcifies and thins out until it no longer produces enough melatonin.

This malfunction causes nocturnal awakenings or morning awakenings, and the body no longer has time to regenerate.

Resveratrol and pterostilbene (#ad) are powerful natural antioxidants that activate a group of enzymes that preserve DNA.

Similarly, oleic acid seems to be just as effective.

You can get enough oleic acid in virgin olive oil.

Everything you do today to preserve your body from aging is an asset for your future.

It’s no fantasy when research is still pursuing its quest for the eternity gene.

I’m afraid we won’t get there, but over the years progress is coming and researchers will surely find ways to slow down aging as we know it today, with its share of suffering and affections.

So you capitalize on tomorrow by taking care of yourself today.

So consider giving your body the fuel it needs to not give in to irreversible damage while waiting for major discoveries that will change the longevity of the human being. 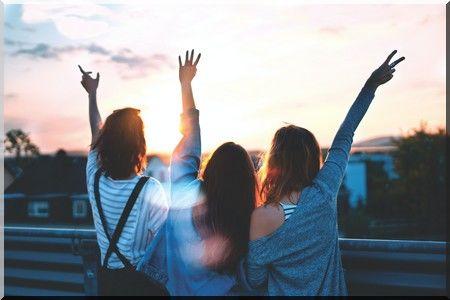