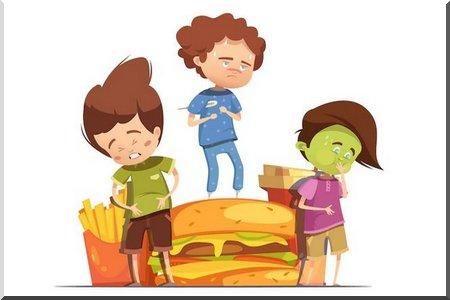 Who has never had an episode of food poisoning?

You have a nice meal in the restaurant.

You appreciate the setting and the atmosphere, a real moment of relaxation that is priceless.

But, a few hours later, you pay the bill.

Food poisoning is a severe ordeal and its phases are painful.

Surely you remember it or maybe even live it right now.

You have a bad memory of it or will never forget it from that day on.

Focus on these famous intoxications which sometimes do irreversible damage and which you absolutely have to be wary of.

What is food poisoning?

Food poisoning is a form of poisoning caused by food or drink containing bacteria, parasites, or dangerous viruses.

Harmful bacteria are often found in our food, but most of the time they are destroyed by cooking.

It is necessary to apply strict hygiene rules to avoid them:

But remember that even cooked food can cause food poisoning.

Food contamination: foods to watch out for

Some foods are likely to cause poisoning: 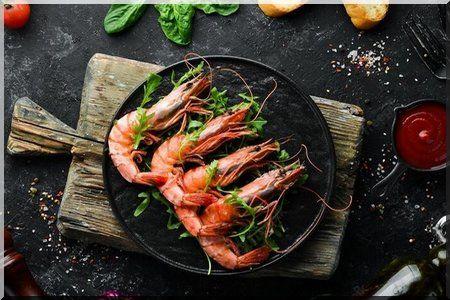 Food poisoning has specific signs that help you differentiate it from the stomach flu.

Pain in the abdomen is felt up to the pelvis and up to the ribs.

Unwanted guests produce toxins that irritate the stomach and intestines.

Painful inflammation of the stomach occurs.

Note that not all poisoning triggers abdominal cramps.

It is the major symptom of food poisoning.

During an episode of diarrhea, beware of dehydration.

Watch the color of your urine and if it is dark, be sure to hydrate yourself quickly.

Note that it is also possible to suffer from food poisoning without diarrhea.

This unpleasant feeling of being on the verge of vomiting is a typical sign of food poisoning which occurs between 1 and 8 hours after ingestion of contaminated food.

This nausea is actually a warning signal that your body is threatened.

It then attempts to block the intruder in the stomach to prevent it from spreading beyond.

The natural reaction to poisoning is vomiting.

The body tries to free itself from its aggressor by triggering this expulsion reflex in a violent and repetitive way.

The vomiting experienced in an episode of poisoning is extreme and very painful.

Headache is very common and can have a variety of different reasons.

Food poisoning leads to extreme fatigue and the onset of dehydration, which can trigger a headache.

This process is activated by both your immune system and the harmful bacteria that have invaded your body.

The invader tricks the brain into sending the wrong messages into thinking the body is colder than normal.

The body then receives the order to produce more heat to increase the temperature.

Poisoning leads to loss of appetite and a feeling of poor general condition, fatigue, and generalized weakness.

These sensations are linked to the activation of the immune system which deploys all the necessary means to fight against the infection which has developed in many organs.

Your body slows you down to focus only on this infection, and you feel sick and weak.

Chills can occur when your body is working to raise your temperature.

They are associated with fever.

Weakness and fatigue are caused by the release of chemical messengers called cytokines.

In addition, eating less due to the loss of appetite caused by intoxication generates a feeling of fatigue.

Rest in this period is essential.

Food poisoning has activated your immune system and this is causing inflammation.

Your body releases histamines to dilate your blood vessels so white blood cells rush in to fight infection.

This process can make certain parts of your body more sensitive to pain and generates aches and pains. 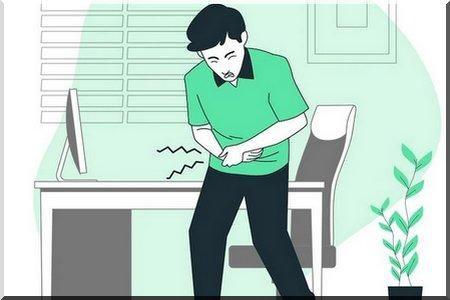 The most effective natural antibiotic in case of poisoning is certainly colloidal silver.

It has both antiviral and antibacterial properties which are very appropriate in this case.

I invite you to consult this post on this natural antibiotic.

At the first signs of infection, you can take a teaspoonful of 10ppm colloidal silver (#ad) every hour to counter the spread of bacteria and viruses in the body.

If your food poisoning has resulted in an episode of diarrhea and vomiting, chances are dehydration will follow.

It is therefore very important to restore the water balance by taking electrolytes.

Just add these electrolyte powder (#ad) to your favorite drink or even just in water to stop dehydration.

In the natural version, coconut water is just as loaded with electrolytes and ensures rapid rehydration.

Just drink it preferably in the morning when you wake up, before breakfast.

Ginger has antibacterial and antiviral properties that will help destroy pathogens and accelerate healing.

In addition, it improves transit and reduces inflammation of the intestinal mucosa, which relieves bloating and pain.

To take advantage of its benefits, you just need to make ginger tea by cutting a few pieces in boiling water.

2-3 cups a day will be very beneficial.

You can even add a teaspoon of honey, which also has purifying properties. 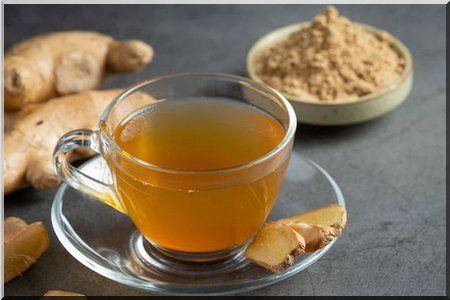 Taking two tablespoons of apple cider vinegar in a glass of water really quickly can really give you relief.

Stomach acid plays its protective role by destroying germs so they don’t spread.

If this acidity is insufficient, the microbes are no longer stopped and continue on their way.

Taking an unpasteurized apple cider vinegar with the mother (#ad), you speed up the process by ensuring optimal acidity and sending in beneficial digestive enzymes.

After the diarrheal episode that it is important not to interrupt so that the body manages to free itself from these unwanted guests, you can start an activated charcoal cure that will help the body to evacuate toxins.

Take a capsule of vegetable-activated charcoal (#ad) twice a day as soon as the first symptoms appear.

The montmorillonite clay (#ad) performs the same role as activated charcoal in helping the body get rid of toxins to overcome intoxication.

It acts like a sponge to collect toxins and evacuate them.

You just need to dilute a teaspoon (wooden) in a glass of spring water and let the clay settle into the bottom glass before drinking the clay water once a day.

Food poisoning has already cut your appetite, it is easier to impose a short fast which will allow your body to act faster to correct poison damage.

Give yourself a full day of fasting without forgetting to hydrate properly then when you gradually resume your diet, consider introducing fermented foods such as pickles or sauerkraut that will help your digestion.

How to treat food poisoning?

Before having to treat it, it is possible to prevent food poisoning.

Hygiene is essential in any case.

And we are talking here about personal hygiene and food hygiene.

Most cases of food poisoning are only transient and not too serious.

In a few days, it is just a bad memory.

But some rarer cases can be more serious and very dangerous.

For this reason, the best way to prevent food poisoning is to follow strict rules and never break them.

The bacteria most often implicated in food poisoning are Salmonella, Escherichia coli, Staphylococcus, Campylobacter, Clostridium, and noroviruses.
Food poisoning caused by Salmonella (salmonellosis) is the most dangerous and causes many deaths worldwide each year.

How do I know if food poisoning is serious?

A persistent fever should alert you to the seriousness of the poisoning.
In addition, a prolonged episode of nausea, vomiting, and diarrhea poses a risk of severe dehydration.
It is, therefore, preferable to obtain medical advice as soon as possible.

Dizziness sometimes appears at the first symptom of food poisoning.
But if it persists beyond 48 hours, it is a marked symptom of severe dehydration.
You must quickly compensate for water loss caused by diarrhea and vomiting.
Medical advice may be required.

Poisoning is caused by food bacteria when gastro is seasonal (winter) and of viral origin.
The symptoms of gastroenteritis are almost identical to those of food poisoning, but certain details may help your diagnosis.
If you feel unwell after a shared meal, ask if one of your guests is also sick.
Another major detail, if the symptoms appear within an hour or a few hours after the meal, it is food poisoning.
Gastroenteritis appears after an incubation period of 24 to 72 hours.