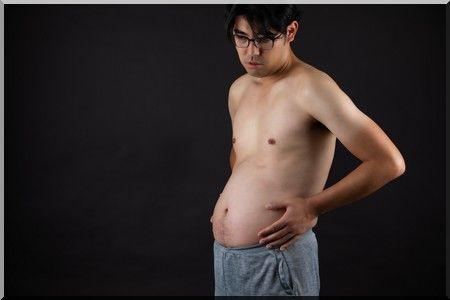 If bloating is a problem that affects you, the first thing to know is that it is a very common problem.

In fact, over 30% of the population suffers from bloating regularly.

Their severity varies, ranging from bearable discomfort to abdominal distension which is sometimes dangerous for health.

Whatever your situation, there are solutions to get rid of this bloating and we’ll go through them together.

In order to explain the problem, it is important to describe the digestive process first.

At mealtime, the stomach fills up, gradually mixing the food with acid.

By means of light contractions, it crushes all the substances to make a kind of acid porridge called the gastric chyme.

After about 40 minutes this chyme is sent to the small intestine where enzymes and the bile will take care of fats, carbohydrates, and proteins so that they are quickly absorbed by the epithelial cells that line the intestinal walls which, in turn, filter materials before sending them into the bloodstream.

Of all these nutrients processed by the small intestine – fats, amino acids, simple sugars that are quickly absorbed – only the complex sugars that are called dietary fiber end up in the large intestine.

The problem with gas build-up is here.

Although a tiny amount of carbon dioxide is processed upstream when the bile neutralizes stomach acid, intestinal gas is formed in the colon.

There, a cohort of bacteria kick in to break down and burn complex sugars and thus build energy through dedicated digestive enzymes.

When gas builds up, the epithelial cells feel the pressure and increase their contractions to move them.

And although some gases like hydrogen can be absorbed by the intestinal walls and then the bloodstream to be rejected by respiration, the person suffering from bloating at this time feels a feeling of increased satiety, pain generated by trapped gas, and abdominal distension.

Some recent studies tend to show that bloating is not the result of a single cause, nor is it related to excess gas.

In normal clinical practice, bloating that is not associated with an underlying pathology is a major cause of medical consultation.

Researchers believe that when gas builds up, the abdominal muscles flex and the diaphragm simultaneously relaxes.

In an individual without a problem, no abdominal distension occurs even if the gas is substantial.

On the other hand, for an individual suffering from bloating, it would seem that the reflex of the abdominal muscles is reversed.

So instead of flexing, they relax, and the abdominal space narrows.

We then speak of abdominoperineal dyssynergia.

The midsection of the muscles relaxes giving the illusion that the intestine is swollen with gas.

The person affected by bloating still has the same clinical signs: 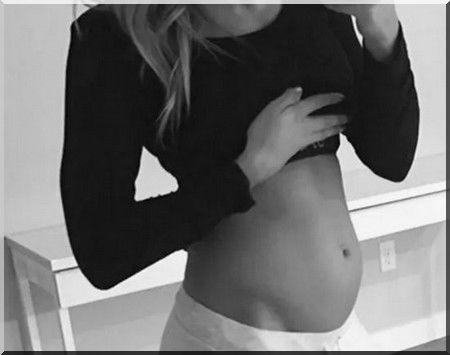 How to get rid of bloating?

Gut flora is certainly the answer.

If it were just a dietary problem, the same foods would affect all people without distinction.

The explanation, therefore, remains an anomaly in a control system formed by the intestine, the intestinal flora, and the brain.

The intestinal flora is made up of billions of beneficial microbes and bacteria and is an essential part of this system.

Despite the fact that there are hundreds and hundreds of species of bacteria identified in the intestinal flora, the average person does not hold only a fraction.

Experts condemn our Western diet made up of processed products, the abuse of antibiotics, and our hygienic habits.

So it seems that the best way to restore optimal bowel function is to supply the gut with the necessary bacteria.

Thus, increasing the proportion of lactobacilli appears to significantly reduce bloating and distension.

It is therefore highly recommended to try supplementation with probiotics containing both lactobacilli acidophilus and bifidobacterium lactis.

I particularly recommend these probiotics for bloating (#ad) that contain the bacteria needed to deal with a constant bloating problem.

The damage of antibiotics

Research has also shown that after recovery, 30% of people experience unexplained bloating and irritable bowel syndrome.

The good news is that this imbalance is quickly countered by taking probiotics.

As a first step, if you want to modify your diet to reduce the discomfort of bloating in the very short term, you are going to have to:

If your intention is to treat bloating long term, it is best to support beneficial bacteria, especially those that do not produce gas.

We are talking about prebiotics.

Unlike probiotics, which contain live bacteria, prebiotics are foods that join our diet to feed the microbiota.

As research on this subject is still recent, there is only a short list of foods that should be associated with prebiotics:

Only a few molecules have prebiotic effects but you can also get a prebiotics and probiotics supplement which will restore unbalanced flora.

But keep in mind that the process is slow and prebiotics can even temporarily worsen the bloat before the balance is found in ten days.

Activated charcoal for gas and bloating

Activated charcoal is mainly used medicinally to treat acute poisoning by stopping the absorption of toxins.

Charcoal is made from different woods – birch, oak, beech, poplar, pine, willow, lime, or even coconut – that are brought to high temperature to make it porous before activating it by various processes to create a surface endowed with millions of microscopic cells which give it its absorbent power.

Its interest in the fight against bloating lies in this absorbent power which allows it to capture gases, toxins, and heavy metals at the same time.

It thus manages to relieve belching, aerophagia, and gas.

It is nevertheless important not to make a cure of an activated charcoal supplement (#ad) for too long.

It should only be a one-off, for a few days.

In addition, the active charcoal must be taken after each meal and away from any medication that it risks making ineffective.

How to get rid of bloating fast?

We all experience bloating at certain times in our lives.

We often look for medical and natural ways to combat it so that we don’t feel so heavy anymore.

But we often overlook a major cause within our body.

A less rich and unbalanced diet and excessive medication damage the intestinal flora and reduce the population of essential beneficial bacteria.

Perhaps the easiest solution is to restore balance by restoring this neglected flora.

After all, it is accepted that such an imbalance may be responsible for colorectal cancer, Crohn’s disease, irritable bowel, ulcerative colitis, obesity, diabetes…