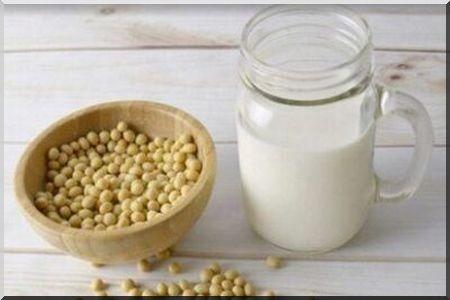 Is soy bad for you?

We often hear that soy is a great source of protein, but we also hear that soy could be a potentially dangerous inflammation source.

Let us try to disentangle the truth from the false about the controversial soybean, to reach our conclusions in all objectivity.

Soy is a legume from the lentil, bean, and pea family that originates in Asia and is widely used to make tofu, a soy cheese.

Soy has been a major ingredient in Asian cuisine for centuries, but it should be noted that it is very different from that found in Western countries as we will see a little later.

– 20 grams of fat in the form of polyunsaturated fat.

It also contains fiber, vitamin K1, copper and is rich in phytoestrogens also known as soy isoflavones – the source of all the controversy about it.

But phytoestrogens are not considered to be as efficient as ours, which can lead to an underoptimized function that can be put into perspective by adjusting your consumption of this plant protein.

It should be noted that the intestinal flora transforms phytoestrogens into equol, the active molecule.

If the person does not have a strong gut microbiota, this transformation does not take place, which is why some people find that this protein does not affect their body.

It is estimated that only 25 to 60% of the population can assimilate these phytoestrogens by possessing the bacteria necessary for the synthesis of equol.

The pros and cons of soy

Many studies show that soy consumption reduces the risk of breast cancer and cardiovascular disease, but it should be noted that these studies are observational.

An observational study means that the researchers observed over a set time a group of thousands of people and tried to conclude dissecting their eating habits and health.

This type of study has a bias because it cannot highlight a cause-and-effect relationship.

It will just show the cause, but the researchers will not continue their research to ensure the real effect.

While observational studies have their place, they in no way provide the full picture of an issue.

To illustrate this point, imagine that a study shows that there is a correlation between ice cream sales and shark attacks.

Just because a link is made between one and the other does not mean that one is the cause of the other.

It is then fairer to note that when it is very hot, people buy more ice cream and then bathe longer.

So three factors can lead to the cause without actually producing an effect.

This is the case for most of the available studies indicating that such food is the cause of such a disease.

Soy is a complete source of protein, which means it contains all of the amino acids.

However, it does not contain them in balanced amounts and its level of methionine, an essential amino acid, is very low.

Technically it is a complete protein but if you make it your sole source of protein you will face deficiencies. 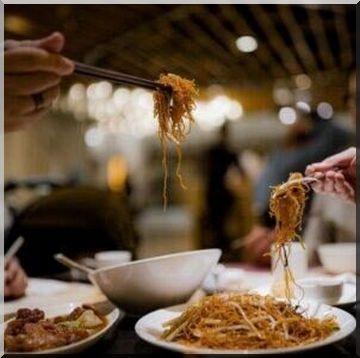 As mentioned earlier, soy is high in isoflavones which act like estrogen in the body.

For this reason, we often talk about soy to counter the inconvenience of menopause.

Soy increases estrogen, yes it does. But by being estrogen-like, it can also induce hormonal imbalance.

Women have higher estrogen levels because they have a crucial role in their fertility.

Eat a little soy here and there? This will be harmless because phytoestrogens are not as effective as estrogens.

But consuming it in quantity and regularly will end up causing health problems.

You will surely tell yourself that Asian countries consume soybeans in quantity and that does not seem to be a problem.

But we also forget to point out that Asians are very fond of… fermented soybeans – which is not the case in the West.

Fermentation reduces the level of isoflavones, that’s for sure.

Other hormones can be impacted by this plant protein, especially those of the thyroid.

Thyroid problems are often caused by a lack of iodine from a diet low in seafood and algae.

In the 1950s, many cases of goiter – a swelling of the thyroid gland – were caused by soy-based baby foods.
Iodine was added to the products to solve the problem.

She manages to free herself from it by stopping her supplementation and changing her diet.

If your iodine level is normal then soy will not affect your thyroid.

Soy contains anti-nutrients that attack the intestinal wall that can even lead to perforation.

One of these anti-nutrients, saponins, can block the absorption of vitamins D, E, and B12 and prevent the digestion of fats and proteins.

Many believe that saponins are beneficial for health by putting moderate stress on the body to strengthen it.

Not sure here that these benefits outweigh the risks of vitamin deficiencies.

In conclusion, fermented soybeans are much more interesting than regular soybeans.

Many studies show a link between this protein and malnutrition, digestive disorders, thyroid imbalance, cognitive decline, its impact on reproduction and the immune system, even going as far as heart and cancer risks.

The possible benefits of soy are outweighed by the risks involved.

It is important to bring a certain rigor if you still want to consume it:

How to treat menopause naturally