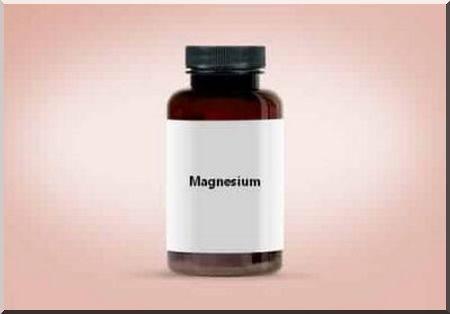 There are different kinds of magnesium available as a dietary supplement, but which one is best for you?

You should know that each form has its specificity, it is not just a question of assimilation by the organism.

Depending on the effect you are looking for, you should go for the right shape.

Also, it is important to be able to differentiate them and to know before any purchase the benefits that it can bring to you.

Let’s take a tour of what we can find available and the role of each formula.

We don’t think about it but many diseases can be linked to magnesium deficiency.

Indeed, most of the most common conditions are linked to an inflammation problem.

If you have suffered from inflammation for too long, the arteries harden and blood flow is impaired.

The result is hypertension which pushes blood to all corners of the body to supply vital organs.

So any substance that reduces inflammation, improves circulation, and fluidifies blood protects health.

Magnesium has all of these properties.

It is an excellent anti-inflammatory, has a slight anticoagulant and vasodilator effect.

The recommended dosage is 420mg per day for men, 360mg for women, and approximately 200mg for children.

Both electrolyte and mineral, it is the fourth most abundant mineral in the body.

It is necessary for the electrical activity of the heart, and brain and is involved in over 300 chemical reactions in the body.

How magnesium is synthesized by the body

30 to 40% of the mineral is absorbed by the small intestine, some are excreted by the kidneys.

Why is magnesium low

We are all more or less deficient mainly because of our diet.

Indeed, in recent decades, production methods have evolved and magnesium has been affected.

And although it is still present, the level is insufficient to meet our daily needs.

In addition, this mineral is very poorly absorbed by the stomach and is even destroyed by prescribed drugs such as PPIs, and proton pump inhibitors, for stomach ulcers or gastroesophageal reflux.

Note that soft drinks, coffee, and sugar also reduce its absorption and that the stress of the modern world and the lack of sleep also puts us deficient.

So the only way now to maintain normal levels of magnesium is to supplement with cures.

A disability results in defined symptoms:

The different types of magnesium

Chloride extracted from seawater or brine is very suitable for metabolic function and detoxification.

Its bioavailability, or the proportion of the administered dose that ends up in the bloodstream without being metabolized, is approximately 12%.

This form is particularly potent and works great for muscle relaxation.

It works particularly on stress and anxiety and promotes sleep.

A 3 weeks cure at the change of season can be very beneficial.

Note, however, a fairly pronounced laxative effect at high doses.

Generally, magnesium citrate is not strongly recommended because it interferes with iron and copper.

Indeed, the blood plasma carries copper in the body and if this process is blocked, an overabundance of iron is created and causes many problems.

In addition, this form has strong laxative properties.

In this form, it is linked to glycine, an amino acid that has soothing properties.

This formula is therefore very suitable for fighting anxiety.

It is recommended to take it before going to bed to obtain an optimal relaxing effect.

This is a chelated form (#ad), which further increases its assimilation.

Magnesium glycinate (#ad) is also directly assimilated by the intestine which prevents any laxative effect.

This combination of magnesium and malic acid has the particularity of being very energizing and invigorating.

It is very suitable if you work a lot or play a sport in a sustained way.

It helps in the ATP production, the adenosine triphosphate which we need to produce energy, to contract muscles, for all physical activity.

Its shape is also chelated, so it has a high bioavailability estimated at 15%.

The magnesium malate (#ad) belongs to the category of supplements with few side effects and does not cause any digestive symptoms when the recommended dosage is respected.

To get the best effects from this inorganic salt, it is recommended to be taken in small doses throughout the day.

It is usually linked with a fatty acid to obtain this oxidized form.

When taken in small, constant doses, it produces ongoing support.

However, its assimilation is minimal, which is why it is necessary to regularly renew the take.

It gives a quick boost and then collapses, leaving the body devoid of magnesium.

Frequently used for its purifying function and to combat gastric acidity, it is likely to cause intestinal disorders to like already not recommended magnesium citrate.

It is also known as Epsom salt.

It is not salt but magnesium.

But it’s not as efficient as you might think.

There is no scientific study supporting the benefits of this form or Epsom salt bath.

Much research has attempted to assess its role in recovery or healing without reaching a definitive conclusion.

It has more heavy laxative effects which you should be wary of.

Perhaps the most effective form because this combination of magnesium and orotic acid is the only one to penetrate cells due to its exceptional bioavailability.

It has few side effects when the recommended dosage is followed.

This form is a patented chemical compound highly indicated for supporting cognitive health.

Its role is to slow the effects of aging memory and limit the progression of Alzheimer’s disease.

Numerous studies attest to the effectiveness of magnesium threonate (#ad) on short and long-term memory.

Bisglycinate is the association of two amino acids of glycine and magnesium.

This formula is over 20% highly bioavailable and has no laxative effect.

It is also the most recommended with the orotate form.

Magnesium bisglycinate (#ad) is particularly indicated to fight fatigue and in particular for people with a fast pace of life or an intense and regular sport.

It is also associated with taurine and/or vitamin B6 to increase its assimilation and facilitate cell penetration.

It is the association of amino acids, taurine, and magnesium.

Taurine contributes to concentration and energy metabolism while magnesium provides its relaxing effects.

This form is indicated for cardiovascular support and blood sugar control, although further studies are needed.

However, it is not recommended for people with insulin-dependent diabetes and people unaware of blood sugar problems.

It can also cause drowsiness and, in intolerance, confusion.

This form is a combination of elemental magnesium and several salts.

Here, to be assimilated by the body, it must be combined with vitamin B6.

It is indicated to fight fatigue, and stress and improve sleep.

It nevertheless presents quite pronounced digestive side effects when not tolerated and its bioavailability is often disappointing.

When you feel a lack of magnesium resulting in muscle pain or twitching of the eyelid, you find yourself alone in the face of all the forms present on the pharmacy stall.

It is good to know the specifics of each formula to better benefit from the desired effects.

It is also more pleasant to know in advance the possible side effects rather than being caught off guard and suffering from stomach aches or diarrhea.

A cure brings a lot of benefits but you should also know that it is contraindicated in cases of renal failure and should not be associated with certain drugs.

Talk to your physician before starting a cure.

All about vitamins and minerals for a better health

This article contains affiliate links echoing my recommendations.
I use Amazon’s Partner Program, an affiliate program designed to pay commissions through amazon.com links
This process does not affect my opinions in any way but each purchase helps this blog to live – Marie

This blog is copyright ©2023 by gomedica.org. All rights reserved