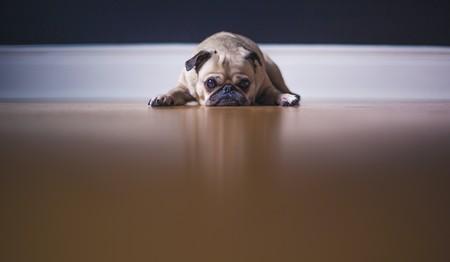 The holidays on various occasions are risky times for our four-legged friends who risk falling on chocolate and enjoying it without knowing that it is a dangerous food for them.

How much is toxic to a dog and what to do in case of poisoning?

Some tips to know …

How much chocolate will hurt a dog?

The main clinical signs of poisoning are primarily gastrointestinal.

After ingesting it, the dog experiences discomfort resulting in an upset stomach and may even have diarrhea.

If the quantity is large, more serious signs appear, such as hyperexcitability.

If the quantity was toxic, neurological signs appear, resulting in respiratory problems, an accelerated heartbeat which can go as far as convulsions with hyperthermia and even a coma.

How much is toxic to dogs?

There are over 500 varieties of chocolate, but the focus should be on dark chocolate.

It contains theobromine, an alkaloid close to caffeine, a real poison for the body of your little companion.

If your dog has ingested a rate of 20mg of theobromine per kilo then you must urgently consult a veterinarian.

How much theobromine is in chocolate?

Rate of theobromine per gram: 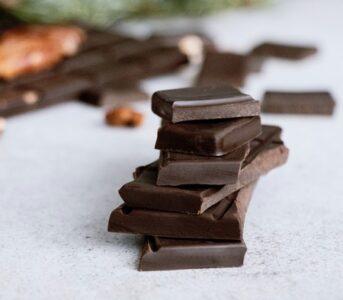 First, note that a square of dark chocolate weighs about 30 grams.

If a dog weighing around 20 pounds ingests 3 ounces of milk chocolate – which contains 58mg per gram of theobromine – he reaches a level of around 8.7mg .

The dangerous 20mg threshold is far from being reached, you don’t have to worry.

On the other hand, if your doggie has indulged in devouring 3 ounces of dark chocolate – which contains 130mg of theobromine – he reaches a rate of 19.5mg .

You must act quickly because it is approaching the threshold of 20mg of potentially dangerous theobromine.

You have no choice but to see an emergency veterinarian.

How to treat chocolate poisoning in dogs at home?

If you cannot be immediately received by a practitioner, you can try to induce vomiting.

The best method to make a dog vomit is 3% hydrogen peroxide.

You should then give him a teaspoonful for 10 pounds of bodyweight as soon as you notice his forfeit.
Then you renew 10 minutes later.

Do not go beyond these two doses because hydrogen peroxide is irritating to the esophagus and stomach.


The effect of hydrogen peroxide is manifested in 4 to 5 minutes. The dog then regurgitates what he has ingested.

The particularity of activated charcoal is that it coats toxins to expel them and thus prevents the absorption of chocolate.

If you have some (and I advise you to always have some), feel free to give him two teaspoons for 10 pounds of weight diluted in a little water.
Use a syringe (without needle!) to administer it.

In any case, do not postpone the visit to your veterinarian if you believe your dog has ingested a toxic level of theobromine.
This substance regulates our mood when we consume chocolate but is a real poison for your dog!

This blog is copyright ©2021 by gomedica.org. All rights reserved